Nicholas Cage is a Vampire? 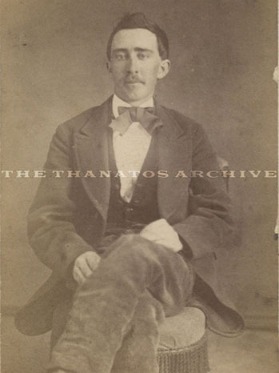 Apparently a photo has surfaced recently, supposedly from the 1870's, and was pretty popular on Ebay. The seller "believes" it is actually actor Nicholas Cage and that he is a vampire, which would explain how he has lived all these years. This is my wife's favorite actor, so she'll be excited to know that he won't be dying any time soon. Maybe he'll have a shot at a role in a Twilight flick. It's not like he hasn't been in any bad movies lately. Click here to read the article.