In an ever-growing materialistic society, it's becoming more difficult to distinguish the difference between what we really want and what we really need. It's time for you to weigh in on this discussion. It's real simple...is it a want or a need? 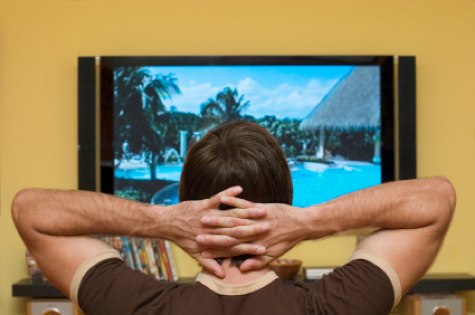 We've have had the limited basic cable for about three years now and it gives you only the local stations. We only have it since it's bundled with the internet for cheaper then paying for just internet.

In addition we gave up cable watching for Lent and we've been fine since we have access to Netflix and Hulu.

I get almost 1,000 channels on my television, not by my choice, and I usually don't watch any of it. I would actually rather not them as so many are wasted. My children love our "movie nights" but those include DVDs, snuggly children, and large quanities of icecream. No cable needed.

Want-A nice extra but definitely not a need.

I don't want it and we have it. I called to cancel it (and
our "land line" by ended up keeping both because our Internet would have been slower and more expensive NOT to have the bundle. How is that even possible!? Which goes back to the Internet being a want or need, so I suppose I could have canceled the entire bundle...

Want. TV is free with an antenna.

Certainly don't need it, really don't even want it, but can't convince somebody that we should get rid of it...