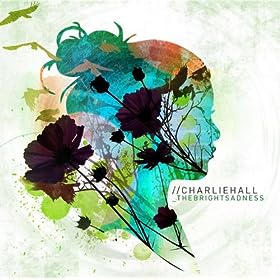 Charlie Hall is a guy that I have watched and followed for the last 6-7 years. He was the "Passion Guy" long before anybody ever heard of Chris Tomlin or David Crowder. I've been to a lot of Passion events, and it's been really cool to see his status change. He humbly led faithfully in the shadow of Tomlin, Redman, and Crowder. I've also seen his writing improve. His first couple of albums are forgettable. When he came out with "Flying into Daybreak" a couple years ago, he brought us the song "Center", which is an instant timeless song of the church. That album was the turning point and a huge jump in his writing. Charlie Hall has always been out of the box and unique in worship songwriting, which I appreciate.
This new release, "The Bright Sadness", is, in my opinion, his best release to date. Going into the album I had already hear 4 of the tracks: "Chainbreaker", "Walk the World", "You are God", and "Mystery". Those are definitely the strongest tracks. "Mystery" is the best bet for congregational worship in multi-generational services. The other three will easily make their way into modern worship services immediately. Another stand-out track is called "Hookers and Robbers". Without being said, the title is an attention getter, but the message is strong. The chorus is cry to others saying, "come just as you are". That's a message of Jesus that we need to carry out not just in words, but in deeds and acceptance. The other track that grabbed me was "Scenes". It's a great song of recognition of God's presence all around us, which is a beautiful aspect of worship. Overall, this is an awesome album, if you like modern worship music. It's unique with new sounds that you haven't heard on previous Charlie Hall albums. Again, not the most congregational friendly songs, but that's not what I expect from Charlie Hall. I always expect to hear songs that are ahead of their time. I very much love this album.