I had a fun weekend. My brother and his wife came down to celebrate their one year wedding anniversary. We went to Universal Studios on Friday, which is the Durb's favorite hangout in Orlando. We had the special privilege of seeing Brandon Fraser in person. He was there promoting the Mummy 3, which looks awesome. We got to see a bunch of previews and sneak peeks of the film. They took us back to a private studio building that free Cokes and water, and a bunch of those Egyptians on stilts walking around scaring my son half to death. Here's some pics: 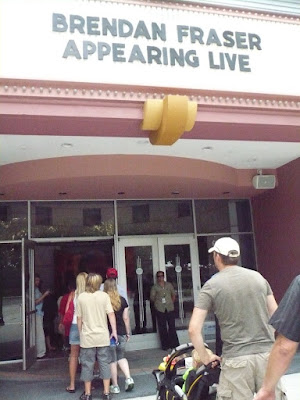 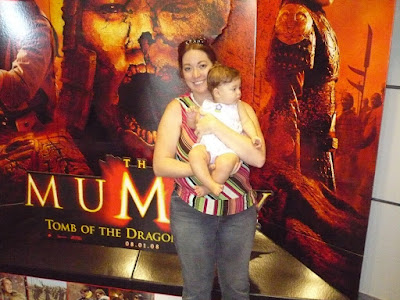 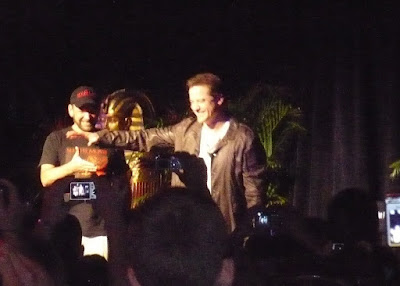 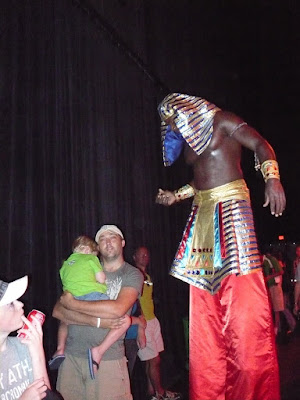 Then, on Saturday we all went to the mall for some shopping and lunch. While we were there my sister-in-law and my wife got the crazy idea to get Jade's ears pierced. I decided not to witness any of it and took Josh to the play area until it was over. My brother gladly took pictures of the event and it was very sad, but I'm glad it's done. Here's a few pics: 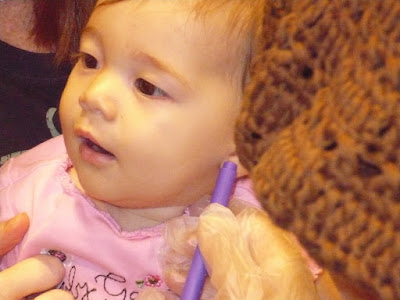 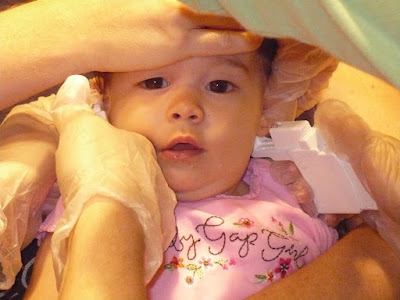 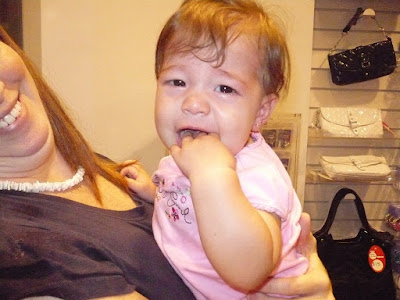 On Sunday, we had church, and I mowed the lawn on Sunday afternoon. After we all were up from naps, we decided to go on a walk, which for me, means the snuggly. The pic below says it all: 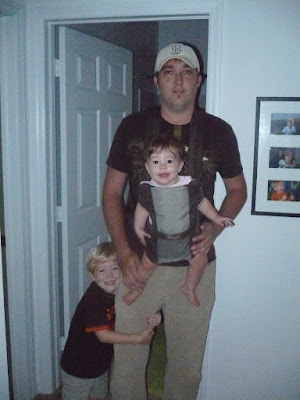 It was a great, family, fun, griswold weekend.

FYI!!! it was ALL JENNIFER's idea to pierce the girls ears, i was just there for support whatever she decided! just to set the record strait.

How many hands are holding poor Jade down in that picture? Poor child!