I played a gig tonight. I'm not a gig playing type, but it was fun. I was invited to a cool new restaurant called Squidlips. They have a Christian music night on Tuesdays, so they gave me a call a couple of weeks ago, and asked me to fill a date. I took my bass player and my drummer and we tore it up for about an hour and a half. We played some of my stuff and a lot of worship songs we do at our church. I actually announced that we were going to be there last Sunday morning at church, and about 50 people from our church showed up tonight. It was cool for a couple of reasons. It was cool because they were showing me support and, in a way, showing me some love. It was cool because it turned into an imprompt to church event, and it was an awesome night of community and togetherness for our church, not to mention an outreach opportunity. Someone told me that for most of the night, our you could see people mouthing the words to the songs. On a side note, I broke a string with 5 songs left, so I played the rest of the night out with 5 strings, which was a little frustrating, but it turned out to be a great night. Here's some pics: 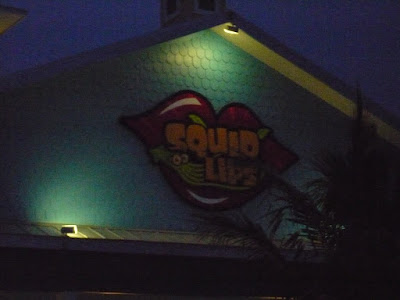 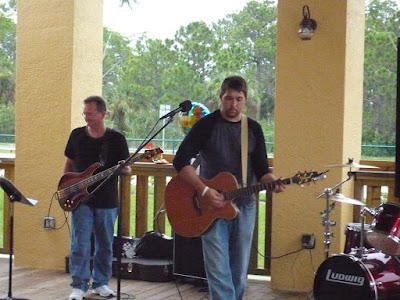 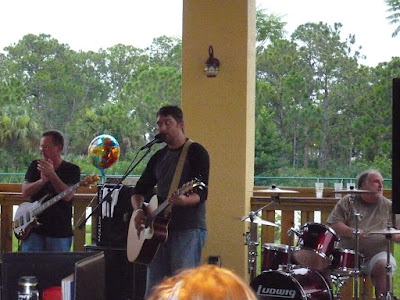 GOOD GOD MAN! what is with your eyes! now i see what really goes on at a gary durbin "gig".

Man, you just can't post a picture without taking some kinda flak can you?
Oh well, that was really cool. We really enjoyed it. Probably would have been better for us if we could have gotten out of the house on time.